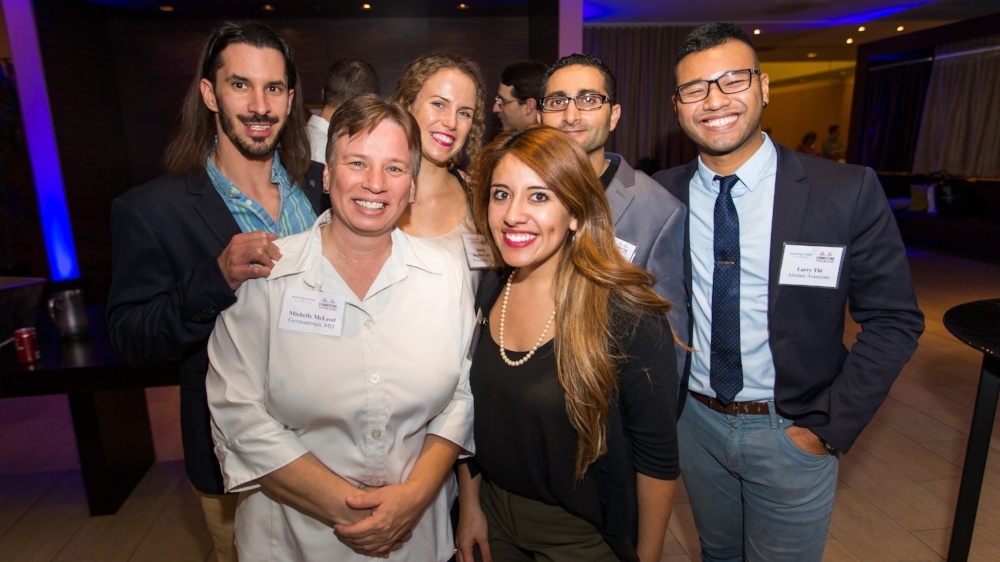 See how far Cooke Scholars can go!
Here’s the latest updates from alumni of our various scholarship programs:

Tsvetelina designed the first affordable micro-unit apartment in Princeton through her role as architectural designer for Studio Hillier, an award-winning architecture and urbanism practice in downtown Princeton, NJ. In addition to her architectural role, Tsvetelina manages the firm’s marketing strategies. She is focusing her career on the intersection of design, architecture, the public and private sectors and how all of them could work to improve the built environment. The Millenium Club Bulgaria, a think tank for young ambitious people across the world, recently appointed Tsvetelina as Public Works Expert to work on creative solutions to the challenges facing her native Bulgaria. For more on Tsvetelina’s activities, visit www.churalska.com.

This past year Peter relocated to New York City to begin his diplomatic mission in the Slovak Foreign Service. At the Slovak Permanent Mission to the United Nations, he is responsible for covering Middle East issues, the UN Security Council, and political coordination among the European Union member states. In addition, Peter continues to advise the Slovak Space Policy Association, the think-tank he founded in 2015 to address the use of outer space and its impact on Slovakia. Peter manages to find time to play the organ at the St. John Nepomucene Slovak church in Manhattan.

Upon completing his M.F.A. last August, Isidore joined the faculty at Sarah Lawrence College and Parsons in Paris. He has continued directing, producing, and editing fiction and nonfiction features. He was recently an artist-in-residence at the Villa Medici in Rome and in 2018 will be an Editing Fellow at the Berlinale’s Talents program, a EuroDoc Producing Fellow, and a Guest Artist at CalArts. His current projects focus on France’s first queer refugee from Ethiopia, an ageing Chicago couple fiercely transforming the end of their lives into a work of art, and performative reenactments of intimacy with strangers. Visit his website to explore his work.

After earning her M.S. in computer science last May, Uchenna moved to the San Francisco Bay Area to join Pandora Media, the pioneer of online music streaming, as an Android software engineer. Uchenna was featured in Google’s Careers with Code, a publication encouraging children and teens to explore STEM fields. In addition, Microsoft software engineer Beth Crane spotlighted Uchenna in Fibonnaci Sequins, a blog that promotes diversity in tech. Uchenna is an advocate for diversity in tech and using technology to bridge the gap in economic and educational opportunities.

As Program Officer at Bill and Melinda Gates Foundation (based in DC), Rosita leads a $41M portfolio to increase financial services for the poor, including strategies on unintended consequences of derisking cross-border financial flows and women’s economic empowerment. Rosita’s innovative thought leadership particularly in the regtech (regulatory technology) industry, earned her a spot on the Innovate Finance’s Women in FinTech Powerlist. Expanding her career network, Rosita provides career coaching and is mentor to ICAP (a program that seeks to increase diversity in foreign policy/affairs leadership), and was selected as a member of the Council on Foundations 2018 Career Pathways cohort.

Tianlu is pursuing high energy neutrinos found in South Pole ice through the IceCube experiment in his postdoc research at the University of Wisconsin. Neutrinos are massless subatomic particles from violent astrophysical events like gamma-ray bursts whose energies are extraordinarily powerful. IceCube is the world’s largest neutrino detector. For his graduate thesis, Tianlu worked on the T2K neutrino experiment in Japan. T2K examines how the properties of neutrinos change as they travel from one location to another. For his work, Tianlu won the Breakthrough Prize in Fundamental Physicals for the fundamental discovery and exploration of neutrino oscillations. To learn more about Tianlu’s work and neutrinos, visit his webpage.

Matteo recently completed a Junior Fellowship in the Society of Fellows at Harvard University. During that time he completed work on his first book, Playwriting Playgoers in Shakespeare’s Theater, which was published through the University of Pennsylvania Press in July 2017. His book has been described by Dr. Lucy Munro (King’s College London) as “an extremely substantial contribution to the field” with “the potential to reconfigure current debates about theatrical authorship and spectatorship” in Shakespeare’s time. Matteo is an Assistant Professor of English at Virginia Commonwealth University, where he teaches Shakespeare and literature to a diverse urban population of undergraduate and graduate students. Beyond his scholarship, Matteo has directed and developed plays for the Rebel Shakespeare Company and the Globe Theatre.